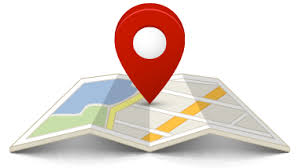 I remember it like it was yesterday. I received a phone call from a Miss Johnston about a job interview. It was a Friday afternoon and I was not expecting calls from companies as it was almost close of business. I had been job hunting for a while now so I knew the drill; it would get busy during the week, well sometimes, with calls from companies for interviews, others for rejection and some from creditors that I still owed. The weekend, however, was dead silent. I had never received any correspondence after 3:30 pm on a Friday so the phone call with a private number was a surprise.

“Are you able to come for an interview on Monday Ma’am? “, asked the sweet sounding Miss Johnston.  “Of-course! “, I responded exuberantly, “Please email me the details.” This seemed like the big break I had been looking for. She sounded very positive, as if the job was already mine and the interview was just a formality. I do remember seeing the advert on an  online advert website and hadn’t thought it would materialize. I cancelled my weekend out with my girls to prepare for the interview as it was first thing Monday morning.  I tried to look for information on the internet but couldn’t find much info on their website. It just mentioned that they deal with a lot of international clients, and since I majored in Public Relations, I thought that might be good exposure for me.

A friend of mine called me to say she had a very bad dream about me and when I told her about the call for an interview, she said I shouldn’t go for it. “What!!?” I was very amazed. Clearly this was God opening a door for me and this lady’s spirit wasn’t in tune or she was probably jealous of me.  I hadn’t told anyone about the interview because I had been to so many failed interviews that they were most probably tired of me asking for “their prayers”.  I hung up heartbroken but told myself I would go anyway. Yes, maybe she had a bad dream and maybe something was wrong that needed for us to pray but it wasn’t this – this was a break through.

I struggled to find the place as it was in an unfamiliar place in Joburg but I soon managed to find my way around. I was in love with the place already. Nice, colourful wall paintings, glass counters, air-conditioned space, smiling faces and a warm cup of  tasty cappuccino to greet me. Clearly, I had found my heaven, and my friend was wrong.  I was led into the interview room by a Mr Kadi . The panel consisted of two well-dressed men and a lady who started asking the same old typical interview questions. “So, tell us about yourself”. I started telling them about myself but as I progressed things started to be blurry around me. I was feeling weird, dizzy and my neck felt ready to collapse from the weight of my head.  I struggled to keep my mouth and eyes open.   I do not remember what happened after that.

I opened my eyes what seemed like several hours later and I was lying on the floor in a pitch- dark wobbly room. It smelt of fish – more like sea water. The smell and the wobbliness was terrible that I almost puked. In a reflex action, I wanted to cover my mouth with my hand but then realised I couldn’t move it. It was chained… same goes for my feet.  It then came to me, I was in a shipping container to God knows where. I couldn’t believe this was happening to me …

…to be continued in Part two. (Remember to click follow blog to get notification of Part 2 in your email)